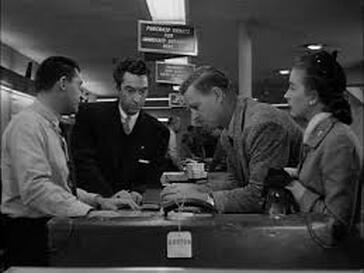 16 THE KILLING: The Killing is considered one of the best, if not the best, of all heist films. If we  were to consider however only its heist segment it pales in comparison to, The Asphalt Jungle,Rififi, and the brilliant spoof of heist films, Big Deal On Madonna Street. The heist is as fundamental to a crime film as a three chord progression is to a rock song.   When the heist is the dominant focus of the film then its planning, execution and eventual after effects are what matters most, the noir comes from other portions of the story.
To read the full review click here. 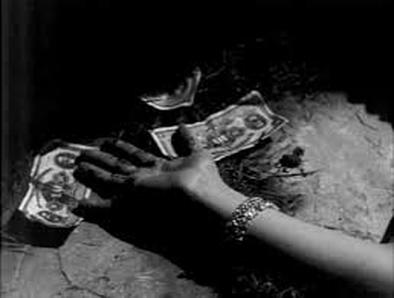 17 TOO LATE FOR TEARS:
I never tire of this movie, and it's due to the dynamic interaction between Liz Scott and Dan Duryea. Both are veteran noir supporting actors and they shine as co-leads. Duryea is always good and I think this is Scott's best performance.She is in almost every scene and delivers a captivating performance from start to end. Scott takes her character's  passive aggressiveness into another level as her femme fatale is one of the most formidable film noir.

Dan Duryea is perhaps one of the most underappreciated, talented actors to ever appear on the silver screen.  He makes every film he’s in better, has a commanding screen presence, and can go toe to toe with the biggest screen names in Hollywood.  It seems that regardless of his role, he’s one line away from stealing a scene or one scene away from stealing a movie.  To read the full review click here. 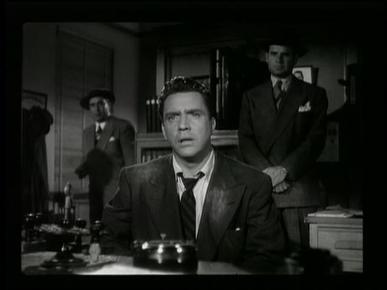 18  D.O.A.: Frank Bigelow  has been a dead man walking for almost forty eight hours. He enters the police station and calmly informs the police "I'd like to report a murder." Whose murder he is asked?  "My own," he replies. And so begins D.O.A. Frank Bigelow, doomed from the start for doing nothing worse than notarizing a bill of sale, personifies the typical American male. He likes a beer with lunch, a few drinks at a party, he likes his ladies, and unlike many noir protagonists, is an honest man. To read the full review click here. 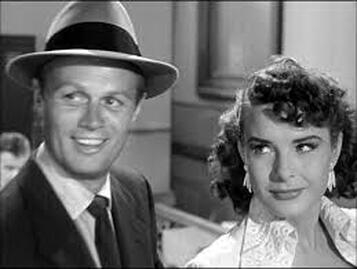 19 PICKUP ON SOUTH STREET:
Skip McCoy (Richard Widmark) has lifted a roll of film with atomic secrets to be sold to communist agents. So begins, Pickup On South Street.

But the plot of treason and its far reaching geo-political impact is a device for Fuller to show us a world of petty criminals, small time neighborhood crooks, and lonely people who do what they must to survive from one day to the next.  To read the full review click here. 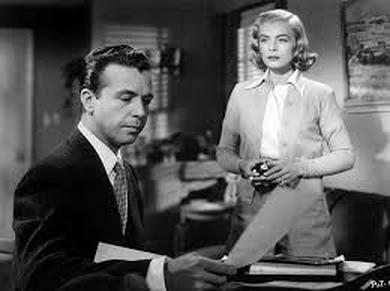 20 PITFALL: This unconventional noir is one of my favorite films. If I was to list movies subjectively it would be ranked higher.  Dick Powell  suffers from middle class ennui and commits adultery, shoots and kills a man, and his punishment is little more than a tongue lashing and the loss of his job. Lizabeth Scott desperately wants the house and husband. She enters the affair not knowing he's married and sees him as a step up from her infatuated beau who is serving time for embezzling money to buy her things. No one plays creep better than Raymond Burr, and he is on his mark here as Liz Scott's creepy stalker. These three, along with Janet Wyatt as Powell's wife, mesh wonderfully in this subtle and nuance noir. Pitfall is a superbly directed, character driven film with  insightful dialogue and underlying themes of sentiment, fatalism, desperation, and frustration epitomized by...to read the full review click here.