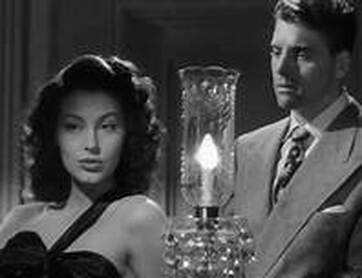 9  The Killers:
There is no finer beginning to a film noir than Robert Sidomak’s, The Killers, based on Ernest Hemingway's short story of the same name....A case can be made for The Killers, as the #1 noir film of all time. It may be the most artistic, technically flawless noir film. It has a femme fatale, a male chump, a sense of fatalism and certainly cynicism, brilliant cinematography, a script that reads as if taken from a crime novel; choices are given, and the wrong ones are chosen. There are double-crosses; an emphasis on local settings, there is also an act of redemption that is too often overlooked in the discussion of film noir.