From Noir and B Movies to Television or Going With The Flow.

The golden age of television saw scores of actors from the 30s and 40s appear in hundreds of television shows. There were a few who either became the star of their own shows or had a recurring role. I’ve put together a list, with some restrictions.
-No anthologies.
--They should have appeared in at least three fairly recognizable film noirs. I would prefer them to be either a star or a major supporting role, but since my definition of a classic film noir may be more restrictive than others, I’ve allowed minor, and even uncredited roles in some instances. 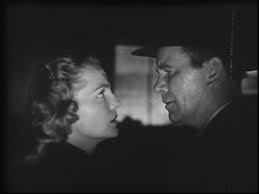 Raymond Burr was the most successful film star to make the change to television. He was Perry Mason (1957-1966) then Ironside (1967-1975) and went on to make numerous Perry Mason TV movies. He is the best example of any actor in any genre who completetly changed his on film persona from one type of character to another. He was a rotten heel in,  Desperate, Raw Deal, Pitfall, Red Light and The Blue Gardenia. The transition from heel to hero was not abrupt. It came in stages in the films, Please Murder Me, A Cry in The Night, both in 1956, Godzilla in 1957, which led to Perry Mason in 1957. 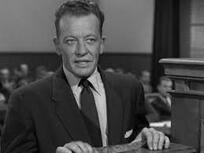 William Talman was another noir nasty who wound up on the right side of the law as District Attorney Hamilton Burger in,  Perry Mason (1957-1966). This guy played vile, nasty, mean characters that made your typical noir bad-guy look like a pussy cat. He was in, The Hitch-Hiker, Crashout, City That Never Sleeps, and Armored Car Robbery. 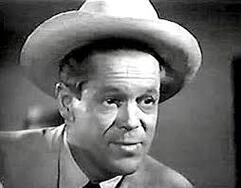 Dan Duryea is second to none when it comes to noir. This excellent actor was great in, Criss Cross, Scarlet Street, Too Late For Tears, The Woman in The Window.  He played the titular character, China Smith a private eye working out of Shanghai, China. The show lasted but one season in 1952. 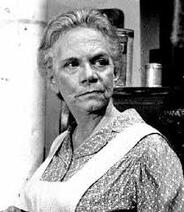 Ellen Corby capped a forty plus year career of mostly uncredited roles playing Grandma Walton  for which she won three Emmys. The Waltons ran  from 1971-1980.  You can see her in, Born To Kill, The Dark Corner,  Railroaded and The Locket, Illegal and a few hundred other films. 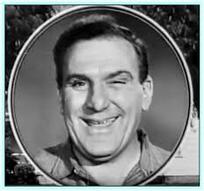 ​William Bendix could play any role in any genre. He is probably best remembered as Chester A Riley in The Life of Riley, from 1953-1958. He had significant roles in, The Glass Key, The Blue Dahlia, The Blue Gardenia,  Race Street, The Web, The Big Steal, with nary a revolting development in any of them. In addition he co-starred in, The Overland Trail that lasted one season in 1960. 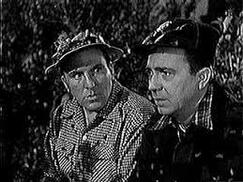 Tom D’Andrea was Jim Gillis, Riley’s best friend. and the two will be forever extrictably linked.  Before, The Life of Riley, he co-starred with Bendix in the 1950 film, Kill The Umpire.  Mr. D’Andrea had a big role in, Tension, a significant role in, Dark Passage and appeared in, Flaxy Martin. D’Andrea co-starred in, Dante a crime show in 1960.  Mr. D'Andrea had the look and personality of a local barber from any Italian neighborhood, and that is high praise. 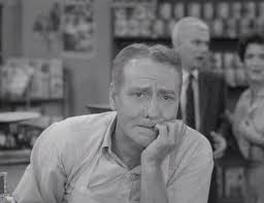 Frank Faylen, he of the good conduct medal, had significant parts in, 99 River Street and The Sniper. He was also in, Race Street, The Blue Dahlia and Detective Story. Most people remember him as the tough-love orderly in  The Lost Weekend, and Ernie in,  It's A Wonderful Life. His TV claim to fame was as Herbet T. Gillis (coincidentally he played a Captain Gillis in the 1942 comedy, Fall In) the ever exasperated father of Dobie Gillis, in The Many Loves of Dobie Gillis. 1959-1963. 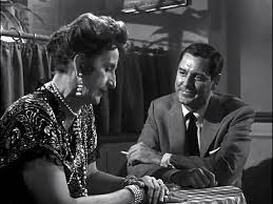 Hope Emerson had a formidable presence and it's evident in her roles as the sadistic guard in Caged and the powerful masseuse in Cry Of The City.  She was also in, Thieves Highway and House Of Strangers.  She played Mother the owner of Mother's jazz club in the heavily noir influenced, Peter Gunn (1959-1960) . Her uniqueness and talent were certainly missed when she passed away after the second season. 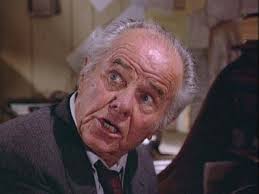 Elisha Cook, Jr. left a lasting impression as the doped up drummer in, The Phantom Lady, the gunsel in, The Maltese Falcon, and the obsequious toady in, Born To Kill. If that's not enough he was the put upon husband in, The Killing, and met a grisly death in, The Big Sleep.  A rule of thumb is any movie where Elisha Cook, Jr. has a role of substance is definitely worth watching.  After fifty years in the business he had a recurring role in, Magnum P.I. (1981-1988) In a nice departure from his usual roles, he played Ice-Pick; a man not to be trifled with. 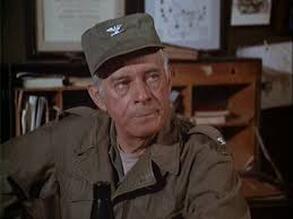 Harry Morgan, played the heavy in Somewhere In The Night, and The Big Clock. He can also be seen in Red Light, Moonrise, The Well, and Not As A Stranger. My personal favorite was his role as Henry Fonda's illiterate side-kick in, The Ox-Bow Incident.
He starred in several television shows that culiminated in M*A*S*H* (1974-1983) as Col. Potter.  From a rather nondescript film career he became the most successful actor to make the transition from film to televison. Along with M*A*S*H he was best known as one half of the dynamic duo in Dragnet (1967-1969).   Prior to that it was, December Bride (1954-1959), Pete and Gladys (1960-1962) and later, AfterMASH (1983-1985) and Blacke's Magic (1986). 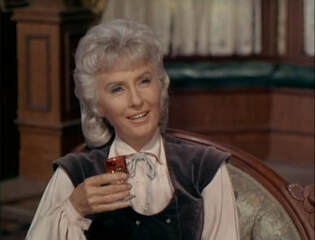 Babara Stanwyck  may very well have been the best of all American actresses. She was excellent in  comediesWesterns, dramas and of course film noirs. She played femme fatales in, Double Indemnity, The File On Thelma Jordan and The Strange Love of Martha Ivers.  Other notable films were Jeopardy, Sorry Wrong Number and They Clash By Night.  She hosted an anthology series, The Barbara Stanwyck Show (1960-1961).  Her most memorable role was as the matriarch in, The Big Valley (1965-1969).  She also was a regular on, The Colbys (1985-1986). 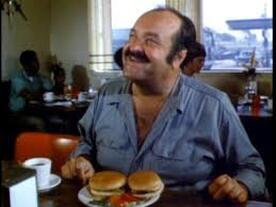 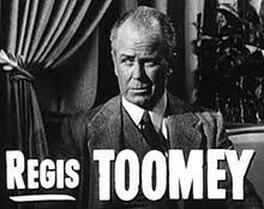 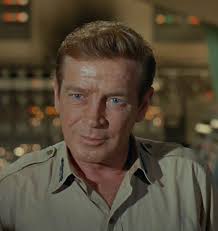 Richard Basehart made his mark in television as Admiral Harriman Nelson in, Voyage To The Bottom Of The Sea (1964-1965), and fiished his career as the narrator in, Knight Rider.   he was the killer in the excellent noir like, He Walks By Night, as the milquetoast turned aspiring murderer in, Tension and as the tormented soul who threatens to jump from a sky scraper in, Fourteen Hours.  Some other memorable movies are, La Strada, Il Bidone, Decision Before Dawn, and House On Telegraph Hill.  An actor's job is to act, and while Voyage... isn't He Walks By Night or La Strada, it pays the rent, and Mr. Basehart was an excellent actor who should be better known, and certainly more appreciated, 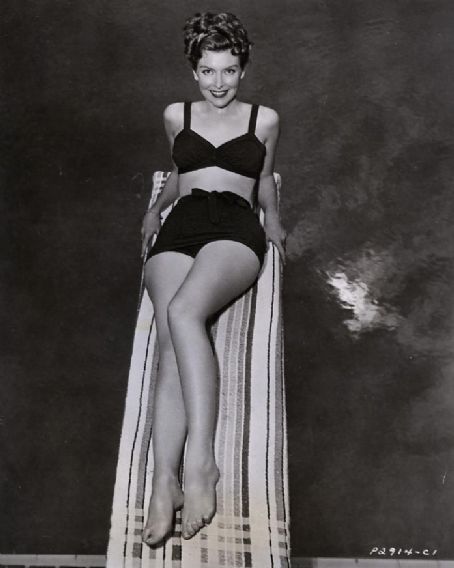 My introduction to Ann was via a Three Stooges short, Three Sappy People. She played a rich, high society guest at a party. She spoke with a faux upper crust English accent, looked classy and sat next to Curly.  What I liked about her, in addition to her looks, was she looked like a good sport, and had a great time throwing, and getting hit by cream pies. In addition she starred in many westerns and comedies of the '30's.   All told she appeared in over 500 films and 1000 television shows.  ​
Most of her roles were small bit parts, and often were uncredited. Her film noir credits include: Pitfall, where she aptly nicknamed Raymond Burr  ‘gruesome.” She was Kirk Douglas’s secretary in, The Strange Love of Marth Ivers, where she flirted with Van Heflin and as telephone operator in, Walked By Night.  ​She had a major role in The Pride of The Marines and was James Dean’s Mom in, Rebel Without A Cause,  In addition there were, It! The Terror From Beyond Space, Here Come The Waves, The Man They Could Not Hang, and many others.

She kept busy throughout the entirety of her acting career. There is virtually nothing known of her off screen life, and had she wanted to make the Hollywood scene her career might have been ‘bigger.' She was a wonderful supporting actress, a consummate professional who knew how to make the most of  her screen time.

and if you watch her films it's obvious she was a good actress. I'm a bit surprised she never  made it 'big.'