TELEVISION
​​​BATTLE ROYALE: ONE FAN'S RANKING OF THE HONEYMOONERS 39 EPISODES
"The Honeymooners" has so many great episodes that it's almost impossible to name the best of the Original 39.  It is also a daunting task to pick a top ten as that would leave out some deserving episodes.

The criterion I relied on heavily was the very subjective, 'enjoyability': do I enjoy watching this episode? is it fun to watch in addition to being funny?  If the great selector in the sky came down and asked, "Bob, choose between "The Bensonhurst Bomber," and "Funny Money."  Which would I choose?  I also took into consideration the inter-action among the co-stars and the contribution of the minor characters.  This take was a three step approach.

The third step was to pair off the remaining episodes for  possible double elimination.  The winner would go into the winner's bracket, and the loser in the loser's bracket.  To ensure randomness I pitted one episode near the beginning of the season against one closer to the end of the season.   I have used the DVD, The Honeymooners-"Classic 39" episodes.  The time marker indicates when in the DVD they appear.  I have also used youtube for some footage, and have indicated the time as well.

,
​For many baby boomers, F-Troop remains one of the most beloved shows of their youth.  It is the natural successor to a generation that can trace its viewing habits from Howdy Doody, to Abbott and Costello to The Three Stooges and The Soupy Sales Show. There was nothing subtle about the show it was slap stick, vaudeville, over the top characterizations and politically incorrect as one can imagine, and to quote a well known song line, “And that’s the way we like it, huh-huh, that’s the way we like it.”

The show was blessed with actors  and writers with long established credentials, with lone exception being  16 year old Melody Patterson.  There was great chemistry between Larry Storch(Cpl. Agarn) and Forrest Tucker(Sgt. O’Rourke) and Ken Berry was great as the bumbling, but well meaning, 'Scourge of the West' aka Captain Wilton Parmenter.  But the highlight of each episode was the trip to the Hekawi Camp where Chief Wild Eagle(Frank DeKova) ruled the roost.

So, with so much to say about a truly fun, enjoyable TV show let's begin our inspection of the troops at Fort Courage with the leader of the peaceful Hekawis the legendary son of Crazy Horse; Chief Wild Eagle. 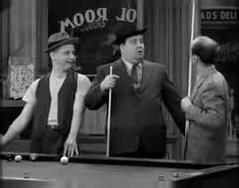 Ralph's favorite pool table is claimed by a little guy who refuses to get lost.  The little guy said he'll get Harvey after him.  Ralph thinks it's real hilarious until Harvey shows up. Thanks to Norton, the perennial Mr.Helper, a fight is arranged between Ralph and Harvey.

​
Dial J for Janitor swept clean by The Golfer 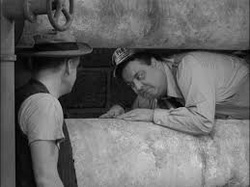 Ralph takes over the building's janitorial duties after running off the fourth janitor in less than a year.  He sets up his own effiency system, adds a call center to his apartments, gives advice as to how the janitor should be addressed, and even suggests frequent and generous holiday gifts and tips.

The Golfer tees off against  Dial J for Janitor 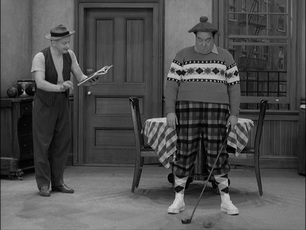 It appears this episode is bound for the top ten, if not the top five. With an opening for advancement at the Gotham Bus Company Ralph plans to impress his boss.  The problem is Mr. Harper may not even know Ralph exists.
​ 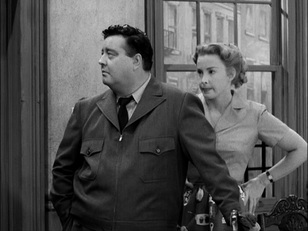 Alice is tired of being unappreciated by Ralph and no longer wants to be dissed.  She tells Ralph they are getting a maid and she is getting a job.
Alice and The Blonde prove that A Woman's Work Is Never Done 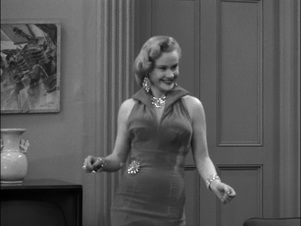 If Ralph admires women who are selfish, centered, take advantage of their husbands instead of a woman like Alice, well then Alice will make sure he gets what he wants.

The Sleepwalker is not quite Unconventional Behavior 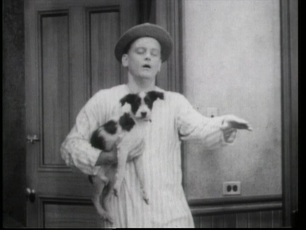 ​Norton has developed a case of sleepwalking.  In order to cure him and give Ralph a good night’s sleep, they have a doctor(George Petrie)pay a visit.