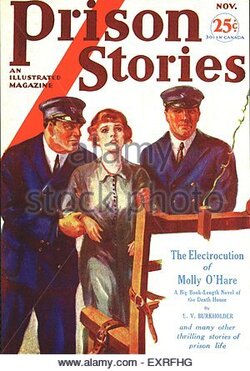 There are about as many definitions of film noir as there are movies classified as such. When I went about selecting my Top 25 I limited my choices to the Classic Film Noir era that spans from 1940-1958.
​
With one exception all of the films are American. From that era come the best and truest examples of the genre. No one signed on to do a a film noir, direct a film noir or do cinematography for a film noir  The term seems to have come in vogue in the 1960’s although it was first coined in 1946. Marie Windsor summed it up nicely when she said, “I didn't know I was doing film noir, I thought they were detective stories with low lighting!”
​ These films are the descendants of detective/murder mystery films and its source materials comes from pulp fiction magazines and hard core crime stories. The films associated with film noir brought to the screen the thrills, sex and violence promised in the alluring, and often misleading covers of the pulps.

​ Film noir with its core structure of  cynicism, fatalism, less than heroic law enforcement and a less than dastardly criminal, resonated well with the demographic explosion of second generation immigrants and the urban working class. That demographic is the essence of film noir and in my case an important part of my criteria. Classic noir refers back to its humble and low brow beginnings 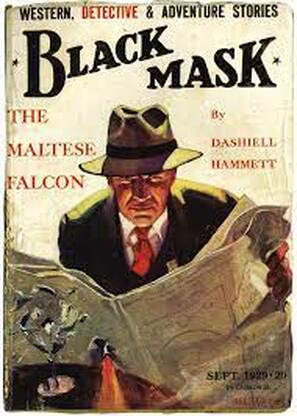 ​The popular perception of film noir is due in large part from; The Maltese Falcon, Out Of The Past, The Postman Always Rings Twice and Double Indemnity. Each had a femme fatale, characters, male and female from whose mouths wise-cracks as water over Niagara Falls; and in keeping with the style of the era, fedoras aplenty. Those characteristics are a good start, but not the whole story for my Top 25.
​
Prior to even thinking about this list I noticed similar themes, and characteristics in those films I especially liked. I formulated personal criteria and buttressed it with a lot of researched criticism and opinions from knowledgeable people and made sure they embodied characteristics associated with film noir.
​Today, film noir, is applied to any film where a nourish element can be found, i.e. horror noir, melodrama noir, police procedural noir, war noir, techno-color noir, comedy noir, cult noir, feminist noir, tongue in cheek noir and satire noir, This generic one size fits all lessens the working class background that is the core of film noir. Today it’s not enough to say a film is good, it needs a NOIR tag.  Film noir for the great part was, and is, about the working class, by the working and for the working class.

​If a film cannot be seen as a development or continuation of the mystery/crime story that goes as far back as the tales of Edgar Allan Poe then it doesn’t matter how many other aspects it has. Classic Film Noir is yet another great gift from the United States to the rest of the world. It’s as American as baseball, apple pie and the western.

​I watched and re-watched a lot of movies, and a lot of very good films did not make the cut.  I think any fan of noir would agree desperation, futility, fatalism, pessimism, nihilism, disillusionment, cynicism, a sense of being trapped by external or internal influences and loneliness are at the core of a noir movie.

​The movie must be in black and white from the classic film noir time span of 1940-1958.  Personally, I prefer my noir on the dark side. Below are the factors that went into my selections, along with a few rather general comments that show why film noir is so darn good.

6.  A femme fatale is nice, but not necessary. Out of The Past, Double Indemnity, Scarlet Street and Criss Cross immediately come to mind. Some of the best noirs have the femme fatale in a secondary role, or a sub plot; The Killing, Night And The City and The Asphalt Jungle.

7. There should be a formidable villain.  Physical prowess isn’t necessary.  The tough guy can be as smooth as Richard Conte in The Big Combo, Dan Duryea in Woman In The Window and Scarlet Street or seemingly aloof from the fray as Herbert Lom in Night and The City, and Alexander Scourby in The Big Heat. Films like Gilda, Laura and The Big Sleep lack this component.

8. I enjoy noirs that use location shots. In the forties it complemented the story and in the fifties this financially prudent development was a key element of noir. It could be as brief as a meeting in a grocery store in Double Indemnity, or in greater extent as in Criss Cross, D.O.A. The Third Man, High Sierra, A Touch of Evil and Impact.
​
9. A personal preferance is a noir that has a build up to some mysterious, unseen character central to the film. Think of the Fat Man in The Maltese Falcon, Kathie  Moffat, Out of The Past , Harry Lime in The Third Man and Gene Tierney in Laura. A case can be made for the Geek in Nightmare Alley whose spectre permeates the movie from beginning to end. ​ 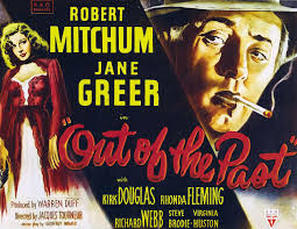 10. A good film noir will have memorable bit roles. Think Percy Kilbride in Fallen Angel,  James Edwards in The Killing, and Ian Wolfe in They Live By Night.  Raw Deal has Whit Bissell coming out of nowhere and exploding into the movie as a man fleeing from the law and then committing suicide by police,(quite noir, n’est pas?).

11.  Because of the studio system spreading its pool of talented and familiar talent far and wide the vast majority of films appear to be an ensemble production. The Maltese Falcon, Fallen Angel, Laura, Born To Kill, Side Street, They Clash by Night are fine examples. A low budget noir had a lot to overcome but a dearth of talent was not one.  Many supporting actors like Dan Duryea, Liz Scott who were great in Too Late For Tears, and Thomas Gomez , Force of Evil, Ride A Pink of Horse, Key Largo, were as talented as or better than the films leading man and woman.
​
11. Film noirs should have at least one double cross. There should also be a very good sub-plot or sub-plots that will match or often supersede the main plot. 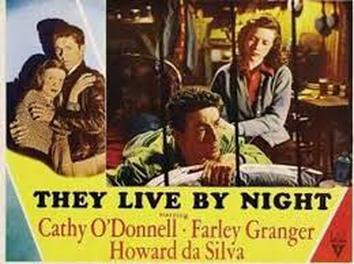 12. There should be moments in a film noir that delve deep into our sensitivities and touch the soul as film noir should display all sides of the human equation, not just the criminal, or the depraved.  There is the scene in Pick Up On South Street where Thelma Ritter is murdered. But before that there is another great scene of loneliness. She is still hawking her ties on her way home, and she passes a line of people, with their backs to the camera, spending an evening watching the construction of a new building. A building for people whose future, as they say, is still ahead of them.

I am reminded how on a subway train this petite, lady in her early fifties I guess, tapped a policeman on duty and softly said, “I just can’t take it anymore. I just can’t take it anymore.”  Thirteen million stories in New York and hers was another never heard. There is Esther Howard in Born To Kill, Claire Trevor singing for a drink in Key Largo,  Jean Hagen in Side Street, Gloria Grahame in Crossfire and Josephine Hutchinson's touching portrayal of a lonely spinster in, Somewhere In The Night. Act of Violence has a similar moment when Ward Bond finally comes across the young boy who murdered his daughter. They Live By Night, has Farley Granger, who escaped prison at 23 after 7 years of imprisonment  telling Cathy O’Donnell, how he always wanted to take a girl to a movie and hold her hand.
​INot every film mentioned here made my Top 25. Some I don’t consider noir or are not noir enough. Film noir is the world where the center cannot hold. Its denizens try for their slice of the American pie, and a way to fit into the American dream. It is, another great gift from the U.S to the world.
​           ADDITIONAL THOUGHTS FROM SMART PEOPLE                        ON VARIOUS FB NOIR GROUPS

But noir can't have as a central protagonist a self-sacrificing, idealistic and honorable fugitive from the law.

i  I don’t think it’s (Night of The Hunter) noir in style. Goodness and innocence are treated with too much buoyancy and hope; any viewer can see, even during the most terrifying moments, that hope will never be lost in this expressive universe. The audience knows all the way through that the light will vanquish the darkness. In noir, we have no such assurance.

From an article: “An oppressive atmosphere of menace, pessimism, anxiety, suspicion that anything can go wrong, dingy realism, futility, fatalism, defeat and entrapment were stylized characteristics of film noir. The protagonists in film noir were normally driven by their past or by human weakness to repeat former mistakes.”


FROM THEY LIVE BY NIGHT

​Son, I'd sure like that money. I'm old and money's a real comfort to an old man. And maybe I did help you before. But not now. I believe in helping people get what they want as long as they can pay. I marry people because there's a little hope that they'll be happy. But I can't take this money of yours. No, sir. In a way, I'm a thief just the same as you are. But I won't sell you hope when there ain't any. - No chance? - None at all. No place for her and me? I don't know of any, son. Read more: ​