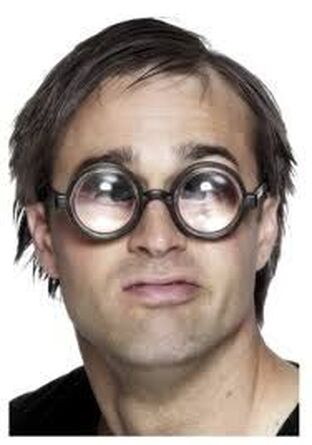 Baseball, as in life, are filled with what-ifs? What if Mantle didn’t injure his knee in the 1951 World Series, and had a relatively injury free career? What if Ted Williams hadn't lost five years of baseball due to serving his country in WW2 and the Korean War. But, the person who most epitomizes the ‘what if’ is Herb Score of the Cleveland Indians. He came up as a 22 year old rookie in 1955 and was 16-10 with an ERA of 2.85 and set a rookie record of 247 strikeouts in only 227 innings In 1956 he was better. He was 20-9 an ERA of 2.53, 265 strikeouts in 249 innings and a league high 5 shutouts.  Indian fans referred to him a left-handed Bob Feller.

But that changed on May 7, 1957 . His potential Hall of Fame career was effectively ended by a line drive off the bat of Yankee, Gil McDougald that caught him flush in the eye.  He was close to losing his eye.  He pitched until 1962 but was never close to being the pitcher he was in his first two full seasons. The back of the 1960 card, several years past those two geat seasons gives examples of the greatness he displayed in '55 and '56. Among them striking out 13 Yankees in a 5-2 win, striking out 14 A's and losing a 1-0 game to the Yanks.  It also shows a 4.70 ERA and a high walk to strikeout ratio.. Contrary to what had originally been thought he did not lose vision. He could see as well as before.

​Score has said that he had been suffering elbow problems and changed his delivery to compensate for that.  Whatever the reason, Score would have been one of the game’s greatest pitchers, if not for that injury. If you look at the back of his card you will notice his highlights show that Score could still the heat, still no one will never know what career he would have had. His love for baseball continued after his playing days ended on a sad ending but not his career in baseball. Herb Score went on to become a beloved Indians broadcaster for 34 years beginning in 1964.  He had no regrets, in fact he considered himself lucky for that ball might have been killed him.  Still, when I look at that card, I cannot but think of what might have been. ​

It's been a long time since I've enjoyed a movie as much as Identity. This mystery thriller/ horror movie directed by ace Director John Mangold is a bona fide gem. It also marks the first color film to be reviewed on my site. Atypical of its genre Identity is bereft of graphic violence and relatively profanity free. The cast is top-notch. Leads Ray Liotta, John Cusack and  Amanda Peet are all effective as are Alfred Molina John C. McGinley and, John Hawkes.  Jake Busey makes an indelible impression in his scenes and adds that Busey over the top lunacy that seems to be a family trait.   Identity is fat free pedal to the metal for ninety minutes which is a bit long for a B movie as  I've found the optimum running time is around 70 or 75 minutes. We learn just enough about the characters to move the story along without getting bogged down in typical cinematic templates used too often in today's movies. Identity  has the feel of those independent low budget crime/noir films that I love.
​
Plot? Okay. The most casual film goer is taken into the surreal world. Disparate people are caught in a tremendous rain storm, a road is washed away. Travelers take shelter in a scary motel that brings to mind Psycho. But Psycho is not the only horror reference. Just as  in Friday The 13th people get knocked off one by one as the mad killer moves from cabin to cabin. There are several other film references. Someone brings up And Then There Were None suggesting the killer is not an outsider stalking them but actually one of the travelers.  An interesting theory is the murders are due to the supernatural. The rationale behind that is the motel was built on an Indian burial ground, much as the house in Poltergeist. The travelers have no clue what's happening and, except for the most extremely astute, neither does the audience until.... And then just as in the middle of Vertigo there is a revelatory scene that brings to an end the first part of the movie and takes us in another direction that is even more scarier and horrific.

As with any mystery clues are given to us in the film, and as in any well made film the clues are subtle and easily over-looked due to the frantic pace of the movie, the speed and flow of the film and the better than average acting. When the reason behind the murders and the perpetrator(s) is/are revealed it all makes sense. Director Mangold does not cheat the audience. Everything is laid out before us and we can only mutter, "Of course, how could I have missed that?"  This is as close as one can get to the feel of a low budget B movie a modern film can get.


Little time was lost in filling some of the coveted HC positions. Billy Napier the HC of UL Lafayette (The Ragin' Cajuns) will replace Dan Mullin at Florida. Napier has an excellent reputation in the South and was thought to be a front runner for the LSU job. His last three seasons have seen him go 22-2 in conference (Sun Belt) play and 32-5 over all. He's won three consecutive conference championships and could have number four this Saturday.  I think this is a good hire. It will take two or three years to accurately judge.  In the meantime the Fighting Kirbys of Georgia will run rampant in the SEC East.

Lincoln Riley to USC.  IMO his departure was only a matter of when and where once it was announced that Oklahoma would be joining the SEC.  This was a no brainer.  The rumors abound regarding which current Okie players will leave to join him at USC. The biggest names are frosh QB Caleb Williams and  frosh WR Mario Williams. As great as this is for Riley it could eventually devastate the Sooner program. The spectre of becoming another Nebraska is more likely than them winning a National Championship. Out of all the possible candidates Brett Venables the DC of Clemson appears to head the list.

The stunner of course is Brian Kelly to LSU. I'm not a fan of Kelly. I've seen him berate a players so often that it seems part of the game plan. A reason he gave was to win a NC, and isn't that a nice dig at Notre Dame.  Riley said the same thing butRiley went to the PAC 12 and Kelly went to the SEC .  LSU doesn't have a stringent academic requirement as they do at Notre Dame and that should help Kelly. In addition Louisiana produces some of the best players in the country and does not have any instate competition.

But this is the SEC and Kelly will quickly find there are no walk-overs (Vandy excepted). He'll also find his on field tirades won't fly at LSU. And, the LSU fans are more vocal and less forgiving than those of Notre Dame.  Kelly will be without act offensive and defensive co-ordianters Tommy Rees and Marcus Freeman who has been named new Notre Dame coach.  Kelly will also be going against some very good coaches. There's Pittman at Arkansas, Kiffin at Ol'Miss, Leach at Mississippi State and occassionally Fisher at Texas A@M.  Kelly is quite acquainted with Nick Saban.

The man breaks Knute Rockne's win record at Notre Dame the second most storied program in college football. He could have retired there beloved and respected. It's his choice.  ​AFAIC Kelly can crash and burn.