Woe to the rebellious children, saith the Lord, that take counsel, but not of me; and that cover with a covering, but not of my spirit, that they may add sin to sin
Isaiah 30:1
Take A Look At All The Good Things On This Site 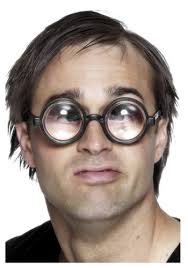 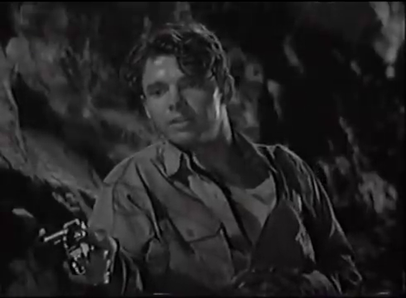 ​Murphy plays Danny Lester, an eighteen year old juvenile delinquent who has gotten into trouble once too often.  He and an associate assault and rob at gunpoint some gamblers at a high stakes poker game at the hotel where he works.  His buddy escapes but Lester caught by Lloyd Nolan who coincidentally plays Marshall Brown who owns and maintains the Variety Club Boys Ranch.  The judge, wonderfully played by Selena Royale, sentences him to reform school, and when he’s of age, twenty years in the state pen.  Marshall Brown, called Coach by the boys,  intercedes in Lester's behalf. The judge is skeptical and tells him the boy is hopeless,. Brown replies: ‘there are no hopeless boys your honor, only people who grow hopeless about them.”  The judge gives him six months to rehabilitate Lester.

Danny Lester, with a chip on his shoulder the size of Texas must learn how to become a productive member of society. We’ve seen this plot as far back as, Boys Town, with Spencer Tracy, Angels With Dirty Faces, with the Dead End Kids, and James Cagney, and as a sub-plot in, They Made Me A Criminal, also with the Dead End Kids but this time with John Garfield.​   To read the full review click here. Thanks.
THE SWEETNESS OF ELLEN CORBY AND THE GREATNESS OF JOHNNY CARSON

This is a clip of Ellen Corby (Born To Kill, The Dark Corner, Cornered) on the, Johnny Carson Show. She had just won her third Emmy for her portrayal of Grandma Walton, in The Waltons.  Ms. Corby comes across as we all imagined her to be; sweet, humble, an unassuming polite genteel person. The clip also shows what made Johnny Carson the best ever late night host. (Sorry, Steverino but I still love ya).

Soft spoken, reserved people don’t often make for the best guests, and can tax a host’s interviewing skills. My attention was caught when Carson interrupted her. He did it a second time and the reason became obvious.  Carson tactfully led the interview onto a different path and put her more at ease.  The second time led her to tell a story with great relish that obviously meant a lot to her. She started the interview a bit reticent but at the end it got to where one might think she’d never stop talking, and that was great.

As for Johnny Carson? We’ll never see anyone close to him again. The staff had done their homework on this plain looking character actor as much as they would a big time celebrity. Johnny changed and knew it would be something she would love to talk about. Johnny did not interrupt as she she went into detail. It may be me, but I sensed not only a respect from Mr. Carson for her career in show business but also for her as a  human being.
​
As for Ms. Corby?  When given the chance she displayed bona fide acting chops. Check her out in, Illegal, and especially in, The Strangler, as Victor Buono’s harridan of a mother. Her legacy after a fifty plus year career, that began as an unpaid script clerk,  is that today even the most casual movie film fan will  blurt out, “There’s Ellen Corby,” or there’s, “Grandma Walton,” when seeing her in one of the hundreds of her appearances.  Good for her.
A Lawrence Tierney Twin Bill