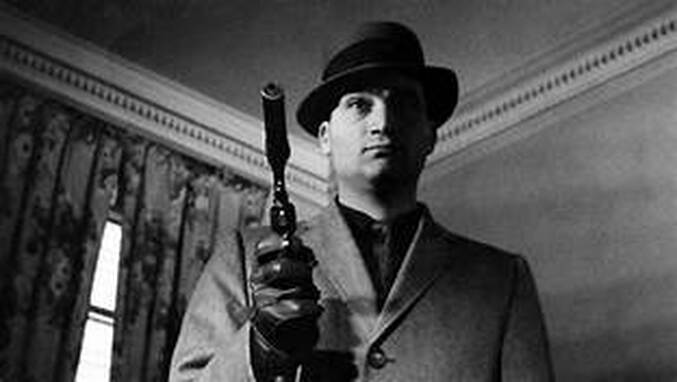 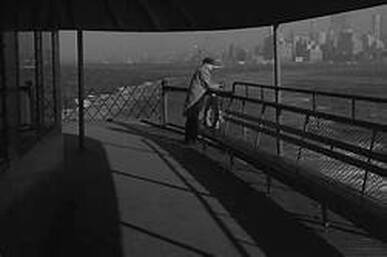 ​A case can be made for Blast of Silence, and not the generally accepted, Touch of Evil, as the last of the classic era film noirs.  This unappreciated low budget gem from 1961 has many of the accepted tropes familiar with classic film noirs; urban settings, a morally ambiguous protagonist haunted by his past, a woman who spurns his advances, bleak settings, location shots, a narrator, excellent cinematography and a bona fide creepy bad guy.

The hit-man is Baby Boy Frank Bono, played by Alan Baron who also wrote and directed the film. Bono has been hired to do a hit on a mobster. But Baby Boy is not the hit man to whom we’ve become accustomed. He has issues. The film starts with a train going through a tunnel with the proverbial light at the end rapidly approaching. We hear a woman scream, the sound of a slap on bare skin, a baby’s cries; Frankie enters the world of the living, and it will not be a happy life.  It’s an impressive opening to an impressive movie. 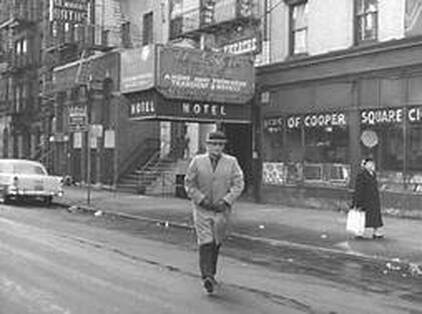 ​Baron uses urban locations and stark, black and white cinematography in a manner reminiscent of Stanley Kubrick’s  Killers Kiss, in 1955, and Morris Engle’s Little Fugitive from 1953. (Little Fugitive is a must see for film buffs.) Blast of Silence relies heavier on  location shots than Killer’s Kiss, and does not extol the innocence of youth as Little Fugitive. Baron focuses on the seamy side of Manhattan that brings to mind Martin Scorsese’s, Taxi Driver.  Some of the more interesting locales, and certainly not to be found in travel brochures, are:  Danny’s Bootblack Parlor, Kress’s 5.10. 25 cent store and, The Valencia Hotel on St.Mark’s Place in the Bowery that proclaims itself as, “A Home Away From Home. Transients. Weekly." 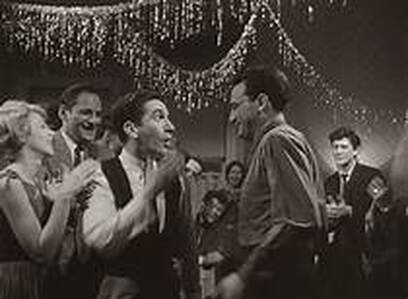 Frankie Bono reveling n winning a peanut pushing contest. Glory days of the past!
​Blast of Silence employs another noir staple and that is the narrator; in this case it is Lionel Stander. Stander is perfect for this gritty, bare knuckle movie that is as close to a street fight as a movie can be. The only problem is there is too much of it. The writing isn’t bad and the film is best when it shows and not tells. An example of that is a scene that gives us insight into Baby Boy’s past. An old buddy from the orphanage meets him at a restaurant and convinces him to attend a party. Bono reluctantly goes, but once there becomes relaxed and has a good time.  He and his buddy, Pete, recapture some of their glory days by having a peanut pushing contest using their noses (close inspection will see that Bono cheats by using his chin). This is the one bright spot in another wise bleak film about a bleak, and lonely person.​​ 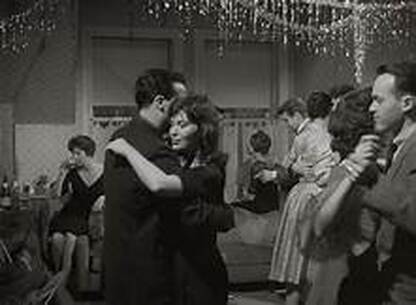 Don't trust her Baby Boy. She's playing you, just like all the other dames.
​Pete got Frankie to push that peanut when he boasted how he beat Frankie the last time they had played as kids.  “Come on, Frankie,” Pete tells him, “I’m giving you a second chance; very few people get that in their life.”  And a second chance may have appeared on the horizon for he is introduced to a cute girl (Molly McCarthy) at the party. They talk and have a good time. He later goes to her apartment and lets his hair down. He feels there’s a connection. She tells him he needs a girl with whom he can settle down with. Frankie thinks she’s talking about him. But, this is the world of noir, and we know better. 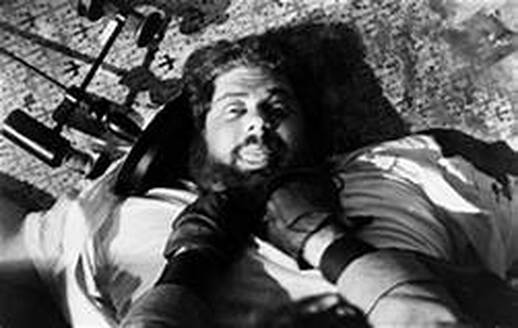 As a rat you have lived, as a rat you will die. R.I.P. BIg Ralph.
​One of the characteristics I’ve found in my favorite noirs is there is usually a supporting actor who in his/her short time on screen makes an indelible impression on the movie often to the point of ‘stealing’ the movie  Blast of Silence has Larry Tucker who plays Big Ralph. Big Ralph is a morbidly obese low life gun supplier. One can be obese and not a slob, but not in this film, not in the world of Frankie Bono. Big Ralph is slovenly.  He lives in a cruddy, run-down apartment, and keeps rats for pets.  Big Ralph has learned who Frankie has been hired to hit and threatens to ‘rat’ him out unless he’s paid more money.  There is nothing worse in film noir than a double crossing, slovenly, obese ‘rat fink.’ They fight to the death in Big Ralph's pig sty of an apartment nicely shot by cinematographer Merrrill S. Brody.

Tucker’s performance is a true high-light of the film. He would later play a morbidly obese nut case named Pagliacci who sings opera throughout Samuel Fuller’s unappreciated gem, Shock Corridor. 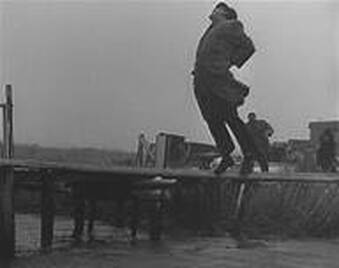 Baron does a good job of developing and humanizing Frankie Boy. He also brings some depth to the other characters.  Baron gives us is a nice look into a man who has been tormented all of us life, has never been loved, and probably never loved. The film is bereft of schmaltz and pity but neither do we sense bitterness or hatred from Frankie Bono. We get the impression this is not the life he has chosen for himself, but the life that was chosen for him; and that is the essence of film noir.
​